Back when I was taking the History of Landscape Design class at Brooklyn Botanic Garden, we learned how, back in the day, people looking for some green space were usually found hanging out in graveyards beyond the city limits. Sitting, socializing, picnicking, kids running around…all amongst the dead. Eventually the cleanliness of such afternoon endeavors was questioned and, in the 19th century, public parks were constructed, leaving the burial grounds to what lies beneath.

Anyone who lives in a remotely rural/historic area (or visits one!) can’t help but notice the beauty of old gravestones, or the size of the trees that shade them. And many of these old cemeteries are wonderfully designed parks in their own right (or at least were constructed around existing natural beauty). Weather.com did a random roundup of 15 Must-See Historic Cemeteries Across the US…some of which I certainly wouldn’t mind dining in: 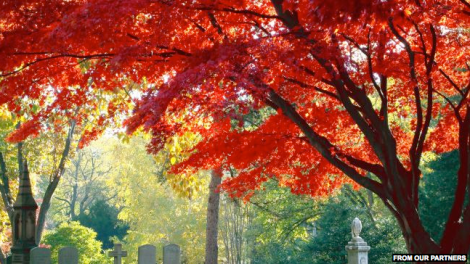 In the early 19th century, the Massachusetts Horticultural Society purchased 72 acres of land in nearby Cambridge, land that would be developed into the first landscaped cemetery and the first large-scale designed green space anywhere in the country. 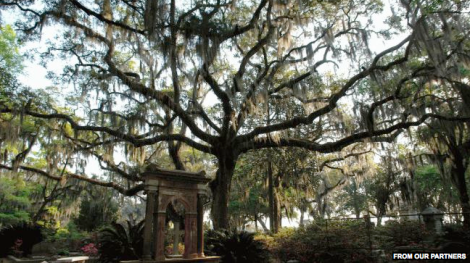 The naturalist John Muir stopped here for a few days in the late 1860s while on a cross-country trek to write his Thousand Mile Walk to the Gulf, spending the night by sleeping on top of the graves – it was by far the cheapest lodging in town. 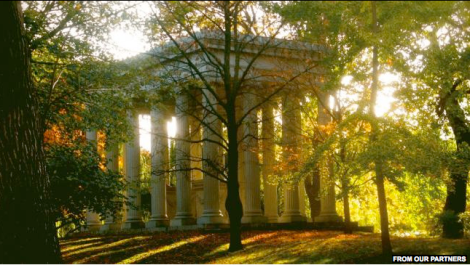 Founded in 1860 on Chicago’s north side, Graceland Cemetery was among the earliest of its kind to be built not only as a place for interring the dead, but also as an inviting park where people would spend time picnicking and getting away from the city. 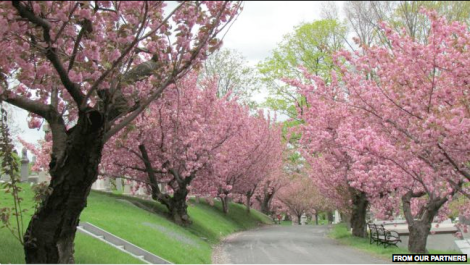 Located just a short trip from midtown Manhattan, Green-Wood Cemetery in recent years has joined the ranks of Brooklyn’s Prospect Park and Sunset Park as one of the city’s most-visited urban green spaces. 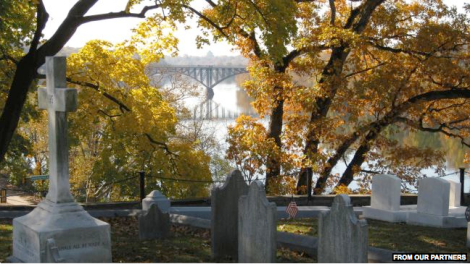 Before John Jay Smith helped found Laurel Hill in the 1830s, most burial places were small, crowded and next to churches within congested cities. Smith’s vision…a sanctuary of nature and retreat just beyond the city’s limits, and a permanent burial space in a restful and tranquil setting…has been a model for cemetery design ever since. 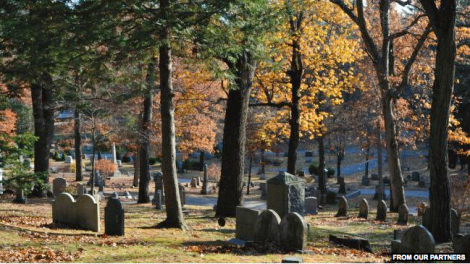 Conceived as a “garden of the living” as much as a place to honor the dead – in Emerson’s own words at the cemetery’s dedication in 1855 – Sleepy Hollow was built with the existing natural landscape in mind. Rather than clearing it out and replacing it with neatly-manicured ornamental shrubs, the tombs and gravestones were fit into the trees, hills and valleys that were already there 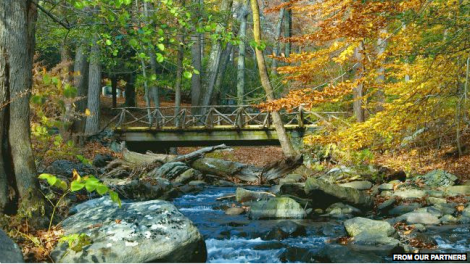 Named Tarrytown Cemetery when it opened in 1849, the burial ground now known as Sleepy Hollow was later renamed to honor the nearby churchyard that inspired Washington Irving’s tale of Ichabod Crane and the Headless Horseman. Irving lies today in the cemetery’s south end.

So what do you think? Would you picnic with the dead?

2 responses to “Get Out(side): Picnicking with the Dead” 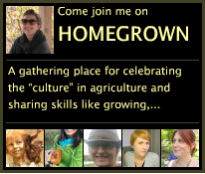 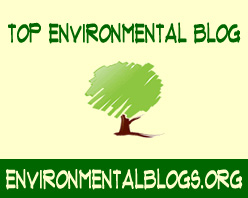 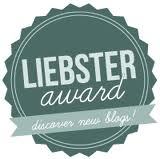